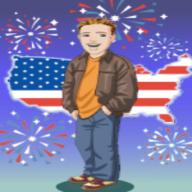 I am over 50 yo. I am a voracious reader ( basically anything but romance, westerns, and mysteries). I even read encyclopedias for fun. I attend college part time and have a 3.85 gpa. My IQ is in excess of 150. I will discuss almost any subject with anyone who can use a logical argument( not emotion).